My apologies for this very late response. I’ve been working three jobs for months, and spent the first part of the year overseas, so I haven’t exactly had a lot of time for ExPo’ing.

Upon returning to this thread I feel a bit like pulling up the driveway to my house after a long trip, only to discover that a bunch of friends are still hanging out there waiting for us (very cool), but some of the guests went around and starting trashing the house. (not cool)

When I started this thread (70 pages ago! Yikes!) my intention was for it to be an open discourse and a resource for other people to get inspired and educated for their own fantasy/real/planned projects. To steal a line from another section of this forum, I wanted to create an online fireside chat, without the flames.

While I’m delighted to see that people are interested enough in our build to still be reading / talking about, I’m a little saddened by the harshness and name calling that has crept in. I really see ExPo as a second home, which I share with good friends. For those who would like to turn this forum into a place for insults, sarcasm and flaming, I would invite you to check out iH8mud, or Pirate4x4, which might be more to your liking.

OK, all that being said, I do agree with a lot of what has been put forward over the past few months. Except for a few points:

1) I don’t think i’m an Eco-topian Visionary, in any way. We were going to build an expedition vehicle anyhow, and we were/are going to drive it around the planet. I set myself the goal of doing that with as little impact as possible, recognizing that this would never be zero impact. I don’t go around chastizing people for their lack of eco-ness, and I don’t lecture people on why they should be more eco-friendly.

However, I do standby the fact that I believe, for a vehicle of it’s size and stature the EcoRoamer is pretty eco friendly compared to what it could have been. I’m proud of that, and if it has inspired others to do something similar, fantastic.

2) The EcoRoamer is overweight. I don’t deny that, I never have. We’ve discussed it at great length from time to time in this thread. The best approach always is to go lighter. When you think you are as light as you can get, then you make sure the truck is matched to the load you need to carry. We have done that in several ways:
– uprated the engine to 350 HP
– added a low-range daughter box to the tranny
– sleeved the entire chassis frame rails to massively increase rigidity
– replaced & uprated the leaf springs both front and rear
– designed the water tanks to reduce sloshing (triangular & multiple small ones, rather than a big one with baffles)

There is one area that we had not uprated at the time of the videos circulating in this thread (both the AZ one, and the Vancouver one) – both of which were shot a year ago.

At the time of the video’s the truck still had the stock rear shock absorbers / dampers. These were way under rated for what was needed and basically blew themselves up. That means that the rear airbags were essentially undampened. So, when the truck started rocking it was like a pendulum, and just kept going back and forth inflating/deflating each bag rapidly.

At first I thought it was the camper dynamic mount loosening up, but as I watched it from outside it became obvious what it was.

Duncan Barbour was the first to really catch it and put his finger on how to fix it.

So, when we got to Anchorage in late August, we put a pair of King Shocks on the rear and it took care of the entire problem. No more swaying. Had nothing to do with “that truck being way overloaded” – it was simply that it was sprung with no shocks.

You will be happy to note that since the accident, we have now put on even larger king shocks with external reservoirs, so I’m hoping that will really make a difference.

Speaking of the accident. All the kings horses and all the kings men at Ross Equipment in San Jose, CA did an amazing job putting the EcoRoamer back together again. I am flying out there on Sunday to see it for the first time, and I promise all of you that I will take lots of pictures.

Anyhow, thank you all for your interest & patience.

Thank you also to the Mods who felt that this thread was worth saving, and put the time/effort in to cleaning it up but preserving it so that others might learn some more… 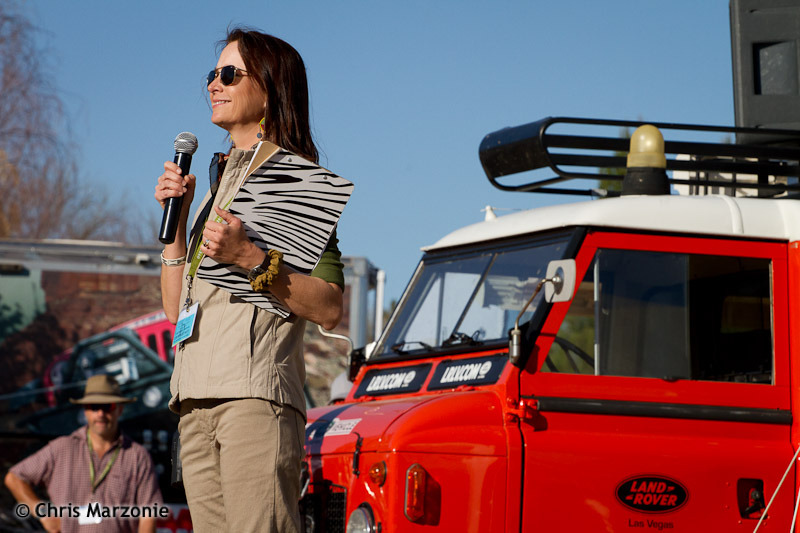 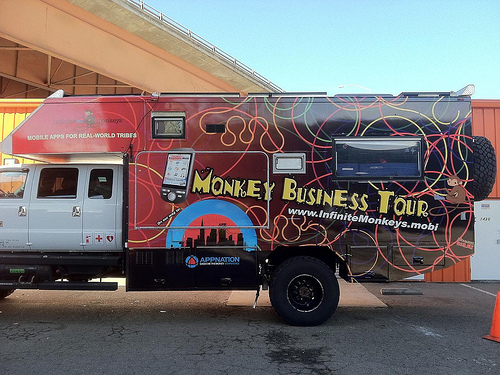