Thanks for taking the time to comment on our build, here’s my responses:

Do you have provisions in place to be able bash out a window from the inside in case of emergency?

I suppose it could happen…

We’re not planning on jumping any ponds, but in case it does happen we should be ok:

1 – The film is mounted only on the inside of the glass (not sandwiched in the middle like on a windshield), it is also not attached to the frame of the window (like on a bullet proof / armored vehicle) so kicking it OUT, should not be too difficult.

2 – There are six doors in the cab, and another 2 in the camper, we should have lots of ways to escape.

3 – The material actually cuts fairly easily with an xacto knife (if you are on the right side of the glass), so I suppose we could keep one handy in the glove box and if the above two points don’t work, and we find ourselves sinking in a lake, then we could slice the film down the middle of the window before kicking it.

The whole idea of how the film works is by ‘catching’ the glass fragments when smashed into it. If you are smashing from the film side, away from the film, then I suspect life may not be so hard.

Another question…Have you done any rough calculations of your GVW?

We are looking like we’re going to end up around 28,000 lbs fully loaded, though we’ll have to see.

The F650 truck’s GVWR was 26,000lbs, just below the requirements for a CDL. However, we then went and changed the front axle to a 14,000lb Meritor, and sleeved the frame rails with steel L-channels down the entire length.

While I don’t have an exact figure of what the new GVWR should be, I have to rely on the experience of those who’ve done it. Ron Turner from Tulsa Truck says that he has built many F-650’s for the oilfields, running over difficult terrain carrying cranes/fuel tanks coming in at well over 35,000lbs with no problems (…after converting the chassis the way he did ours)

Have you thought about adding a rear axle? Adding a rear driving axle should not be a big issue.

We did look at this fairly early on, and Avi from Unicat insisted that we would fail without one. He may still be right, in which case I will owe him a beer, but I don’t think that’s going to happen, here’s why…

We considered a tag-axle just to bear some of the weight. This would reduce our PSI on the ground and help with floatation on sand, but would also add a lot of weight, and some length to the vehicle.

We thought about a 6×6, but that adds a lot of complexity to the vehicle and introduce a whole lot of new things that can go wrong with the truck, not to mention the substantial cost of adding the 3rd drive axle.

So, for the moment, we’ve decided to go this route. We may change it in the future if we’re really wrong, but we’ll have to wait and see.

I noticed that Casa Azul has only 2 axles / 4×4. Is that something you now regret? 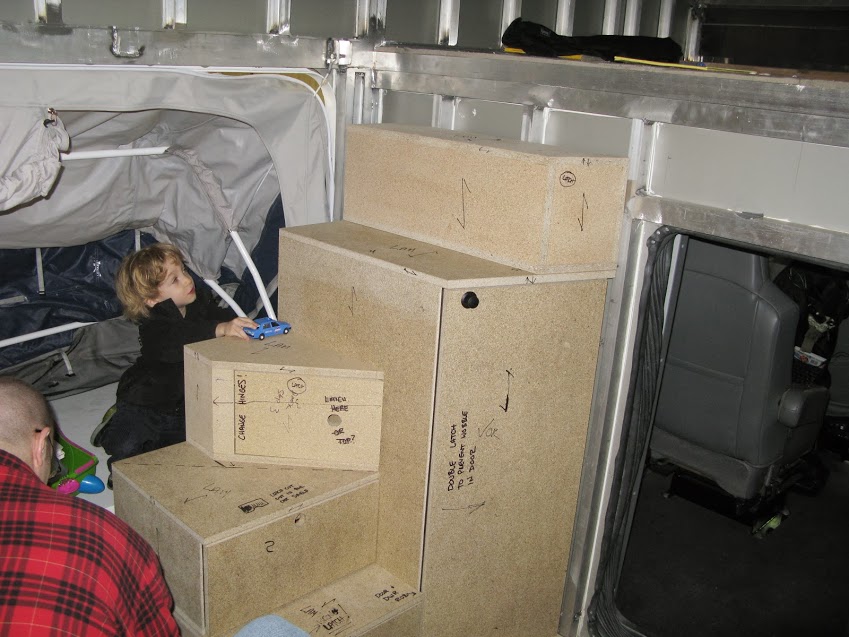 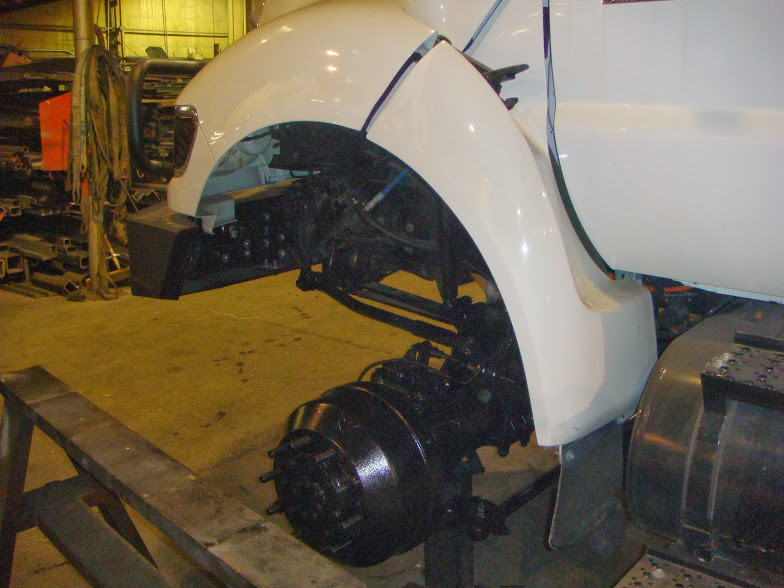