Originally Posted by Something

Forgive me for not reading the previous 27 pages, but where did you buy the truck?

Welcome to the thread!

I bought the truck originally as an F-650 Pick-Up truck over the internet from a guy out east who was using it as a show-truck for his Custom Choppers business.

there’s lots on eBay though…

(it’s amazing how ‘cheap’ they are now that the bottom has fallen out on the luxury truck market. You can get a brand new, 2007, pre-emissions, custom crew cab F-650 for less than $40k – that’s almost less than a new diesel F-350 at a dealership!)

If you’re willing to have a more utilitarian interior, there’s even better deals to be had by buying a used moving/landscaping truck with a crew cab.

arriving in the middle of the night.

Kurt likes Dadda’s new truck. The rule is: He’s allowed to drive it when he can reach the pedals.

still not done yet, but we’re getting there!

PS – I like your Frontier build. If you’ve got the time, I’d highly recommend Layne Wright at Denver Offroad Bumpers, he makes AMAZING custom front/rear bumpers out of aluminum and can build anything you want. I had a great experience designing / building mine with him. PM me for his contact details if you want. 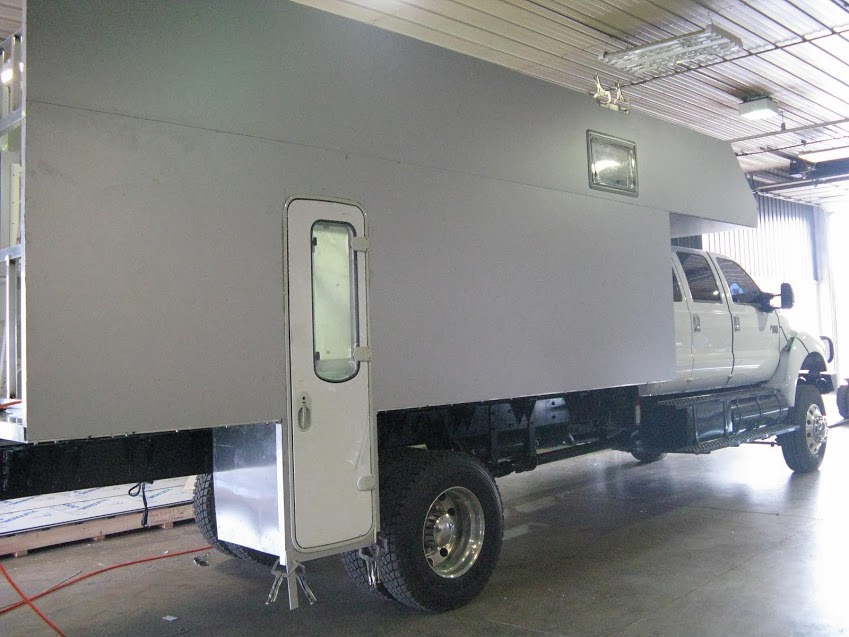 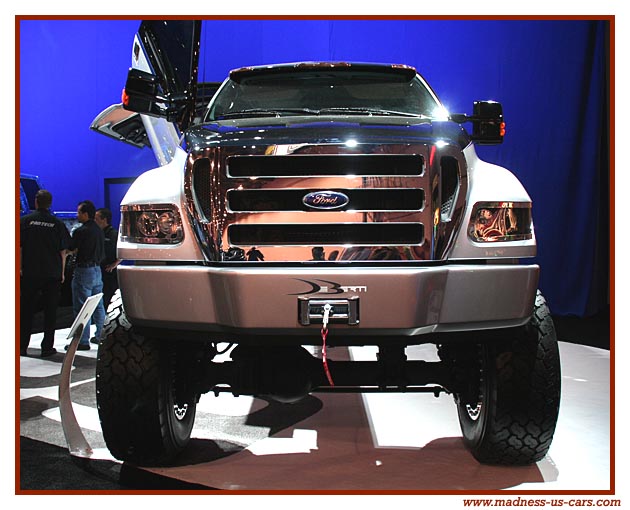