On The Road Less Traveled / Build Posts / Gimme some skin…

We’re down to less than 2 days from our pick-up date. Here’s what it looked like this past weekend. The Alucobond has now been applied:

The stairs look very low in the picture, but they are still more than 24″ off the ground. We will take a look at it on the Michigan trip, and we’ll decide if we want to possibly raise it up by one step still.

The white parts you see (the door, and the bed tent trim) will be fixed to match the rest of the truck. We’re going to glue some spare alucobond on them.

The departure angle has been reduced (due to the vestibule) from 34 degrees, down to 25 degrees. I had really wanted to keep it at 30+ degrees, but at the same time I think the benefits of the vestibule will be worth it.

Also, you can see some of the interior shots of the cab here. I’ll take more when we actually get there:

Custom built centre console with CB Radio and switches for all the aux lights.

Overhead console stolen from a Ford Excursion, and then modified to hold the VHF radio face. The from unit will be used for a couple of extra engine guages. (it’s on my “to-do” list…)

The roof is now on the camper, and the rear wall will be attached tomorrow.

To answer some of the questions from the past couple of days:

1 – We are using an aluminum rounded 90′ edge extrusion around the joints which holds it all together and keeps it water tight. I’ll take some pics of it and upload them next week.

2 – We’ve been involved in every inch of the design, literally shifting items an inch here or there to make room for whatever next component was conflicting with it. Ultimately, we’ve relied on Jeff’s (our engineer) recommendations for structural decisions.

The kids “off-roading” car seats arrived yesterday. They are the Recaro Signo’s that we bought from EliteCarSeats.com – I have to say that they were one of the best online shopping experiences I’ve ever had. I’ll let you know how the seats are once we’ve put a couple of little bums in them.

Looking forward to finally taking the truck up to the U.P. this week. See you guys there… 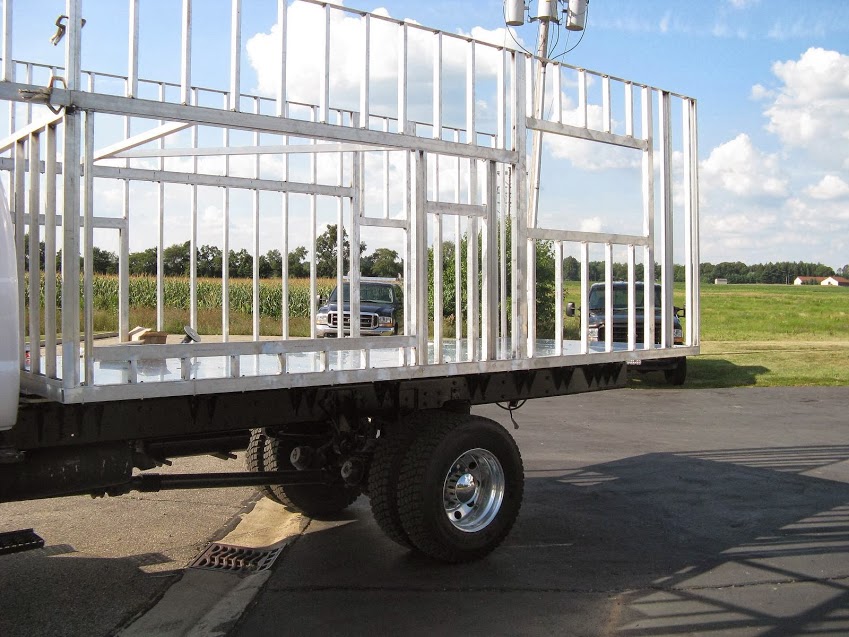 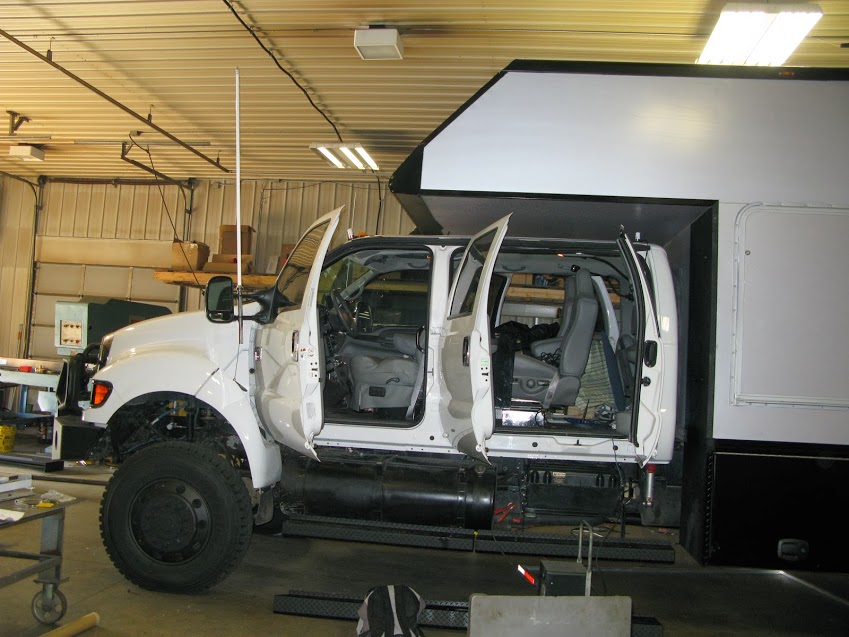