On The Road Less Traveled / Build Posts / At last, an update!

Many, many apologies for keeping you in the dark over the past couple of months. It has been a crazy busy time with work and travel, and so I haven’t had a chance to update you on the progress. However, there has been a LOT of progress and it’s VERY exciting.

There is a lot to update, and many different components, so I’m going to break it up into a few different posts, so that it will be easier to Reply-To, since I know there will likely be questions / objections to some of them!

Here’s the first though…

When we last left the story, the truck was up at Alton Truck Co. in Pigeon, MI. The guys there had a hundred and one things to do, and did a fantastic job. I can’t recommend those guys enough, they really did a great job.

In my last posting, they had cut my truck in half, and then added in the new doors at the back. The next step was to add lead to the structure to keep it from cracking apart. This adds a fair bit of weight, but then remember that it’s a 10,000lb truck to start with!

Lead on the roof.

At the end of the day, they put it all back together, extended the steps and voila, it looks like this!

With the extra room that we created in the cab now, we were able to custom design / build a pair of jump seats on the rear wall. These will live in the ‘up’ position most of the time, but when we have friends/grandparents come along then we can move the kids to the jump seats. We welded in a set of Isofix points for the car seats in both the rear two captains chairs and the jump seats:

The marking that you see on the wall on the top is where the headrest latches in to the wall. We have paneled that top part of the wall on both sides with a whiteboard that we bought from Staples and cut to fit. All four of the main seats now swivel 180′ so the rear two can turn around to face the back wall (with the white boards) and work on their built in desks, with laptops plugged in to the inverter outlets wired on the rear wall. This will give us an ‘extra room’ in the evenings once the kids are asleep, to have a small ‘office’ for blogging / emailing / visa-prep / etc.

The jump seats are much more comfortable now, with cushions on them!

All surfaces in the cab were covered with dyna-matt type sound proofing, and all the doors / crevices had foam insulation filled in before the panels were reassembled.

Then the entire cab was taken off its mounts, hinged on pins at the front and mounted on air-bags at the rear to soften the ride. Remember that the front suspension is still (very firm) leaf springs. I can attest to the fact that it rode like a cement truck when I bought the truck a year ago, but now with the new airbags (which are adjustable for ‘softness’) it actually rides like a standard SUV now. It’s fantastic, and I’m convinced that we don’t need air-ride seats or suspension.

On the interior of the cab we’ve made all kinds of revisions such as:

That’s it for this posting, more details in the next few posts! 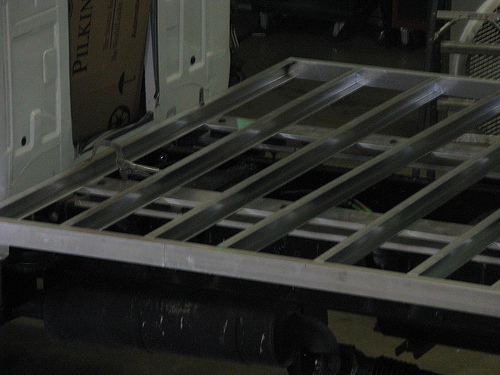 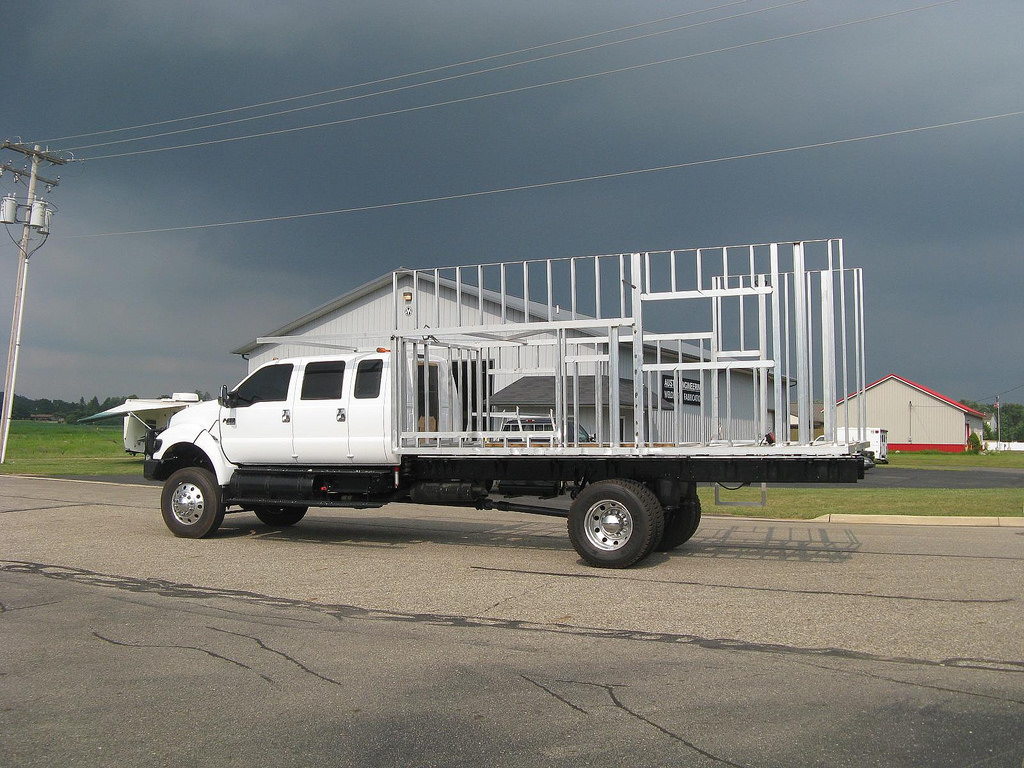